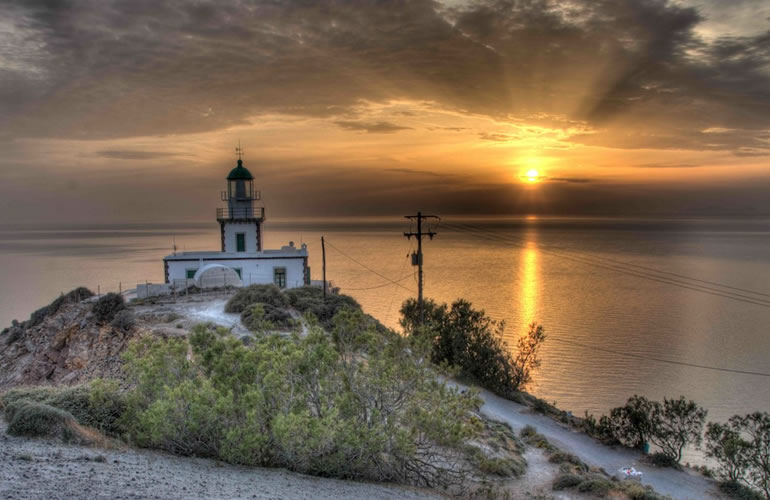 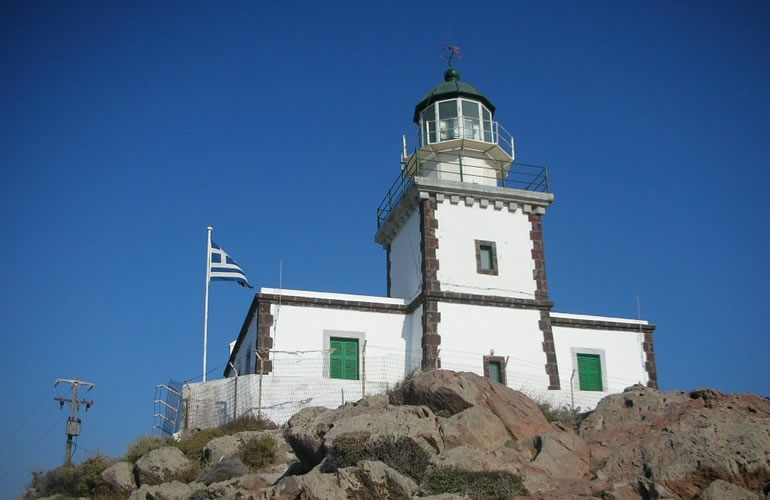 Just outside the village of Akrotiri you will find yourself in the westernmost part of the island where the Lighthouse of Akrotiri dominates offering a breathtaking view and experience. The sunset from the Lighthouse of Aktrotiri is truly majestic and will literally leave you speechless seeing all of the caldera painted in thousands of different colors when the sun reaches the horizon and “dives” into the Aegean Sea.

Built in 1892 by a French company, the Lighthouse of Akrotiri is considered one of the most beautiful in the Aegean Sea. The height of its tower is 10 m. It was renovated in 1925, was shut down during World War II, and then resumed operation in 1945. The lighthouse was fully automated since 1988. 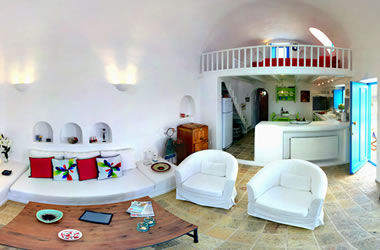 Walk-through illusion Villa exactly as you where here!